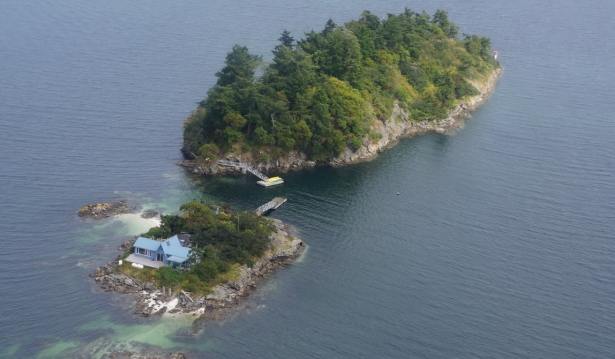 How Drones are Changing the Real Estate Market

Drones, also known as unmanned aerial vehicles (UAV), are essentially a very advanced and highly technical Remote Control aircraft.  These are not however the toys that were around even 10 years ago.  Incorporating GPS technology, long range receivers, First Person Viewing (FPV), and the ability to set the flight parameters from an Ipad or similar device, these craft are incredibly sophisticated and becoming more ubiquitous by the day.

The majority of drones that are being used today are ‘quadcopters’ although you will also see larger hexacopters and octocopters used in aerial filming with much larger cameras attached. Historically, the use of drones has been somewhat limited to military purposes and for special operations, such as scientific research, disaster relief, and search and rescue.

More recently, the use of drones has broadened significantly: for example, you might have heard about Amazon’s plans to eventually use drones to deliver its packages. One of the most significant ‘newer’ uses for drones is capturing graphic content using onboard cameras.  Just as drones have changed the landscape of sports, nature, and tourism videos, it has also introduced some exciting new opportunities to the world of real estate. Here are just a few of the ways that drones are helping reinvent the world of real estate marketing.

Aerials at a Fraction of the Cost

The use of video for real estate marketing is nothing new, but until now, it has often been limited to panning views of individual rooms or, at best, a walking tour through a property. Just a few years ago, if you wanted to film aerial views of a property, you had to do so by helicopter—which is very, very expensive.

The highest quality drone videos are still quite expensive to produce, but nowhere near as prohibitively expensive as a helicopter shoot. While aerial video might seem over-the-top for a single-family residence, it can be incredibly useful for properties such as large estates, private islands, and more.

Condominium developers are also using them to capture the precise views from specific units—before the units are even constructed. Potential purchasers can make sure that they like the view before signing on the dotted line.

Real estate continues to become an increasingly international industry. Buyers look for investment properties well beyond their own backyards. However, distance means that it is often not feasible for investors to travel to see a property in person.  High quality photographs and videos are absolutely essential in providing purchasers an accurate overview of a property. Drones offer these international buyers the next best thing to walking through the property themselves. Taking virtual tours to the next level, drones allow these buyers to see every nook and cranny of a property—including tight spaces or hard-to-reach spots that they might not even be able to access in person.

The future of drone video looks promising—albeit a little hazy. In the United States, drones have been temporarily banned from National Parks. Further, using drones to film real estate in the US is actually illegal: the Federal Aviation Administration considers it to be unlawful to fly drones for commercial purposes, which includes real estate marketing. In Canada the use of drones or any Remotely Controlled model aircraft is permitted without any special permits.

A model aircraft is defined in subsection 101.01(1) of the CARs as: “an aircraft, the total weight of which does not exceed 35 kg (77.2 pounds) that is mechanically driven or launched into flight for recreational purposes and that is not designed to carry persons or other living creatures”. To be considered a “model aircraft”, all three conditions must be met:

In the event that an operator is utilizing the drone for commercial purposes where they are financially remunerated, either directly or indirectly (the definition is quite broad), then such an operator will be required to fill out a form with Transport Canada in order to be granted a Special Flight Operation Certificate.

As with any new technology, it will surely take some time until laws and regulations are fully caught up, although it seems that there is increasing public pressure to restrict or at least control their use.  But anyone who has seen the incredible footage that a drone can capture will probably agree: drones aren’t going anywhere.