Aboriginal Title and Its Implications 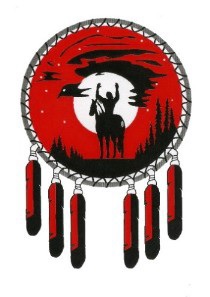 In a unanimous decision, the Supreme Court of Canada confirmed that the Tsilhqot’in Nation holds Aboriginal title to over 4000 square kilometers of land west of Williams Lake. This decision is significant because it is the first judicial finding of Aboriginal title in Canada.

In the Tsilhqot’in Nation case, the Supreme Court of Canada confirmed that in order to establish a claim to Aboriginal title, a First Nation must be able to prove “sufficient occupation” of the land in question at the time of European settlement. Of importance is the Court’s determination that “significant occupation” is not confined to specific settlement sites, as had been determined by the BC Court of Appeal, but extends to lands regularly used for hunting, fishing or otherwise exploiting resources and over which the First Nation exercised effective control at the time of the assertion of European sovereignty. The adoption of the broader “territorial” approach, as opposed to the narrower “site specific” approach, will probably result in larger title claims succeeding in the future.

Of interest to many British Columbians is what effect, if any, this decision will have on private property situated on land that is subject to a First Nation claim. The simple answer is none. The Tsilhqot’in Nation did not include any privately owned land in their territorial claim, so how Aboriginal title can be reconciled with private property rights is a question for another day.

The Tsilhqot’in Nation decision does not change the basic principles of the Crown’s duty to consult with First Nations but it will compel the Crown to engage that duty more often as the geographical scope of Aboriginal title has been more broadly defined by the Court’s adoption of the “territorial” approach.

It is difficult to speculate about the implications of the Tsilhqot’in Nation decision. Initial reaction seems to range from “nothing has changed” to “the sky is falling.” While it clearly provides certainty to the Tsilhqot’in Nation, what will its effect be on the many other First Nation land claims in British Columbia? Will some First Nations abandon the treaty process and seek certainty through the Courts? How long will that process take?  Will the Crown’s broader duty to consult resulting from the adoption of the “territorial” approach enhance or impair resource development on Crown land in British Columbia?  The answers to those questions will be revealed over time.

Hopefully First Nations, government and industry will seek ways to collaborate to shape the future of British Columbia. The Tsilhqot’in Nation decision repeated the oft-quoted words of Chief Justice Lamer in the Delgamuukw decision that Aboriginals and non-Aboriginals “are all here to stay.”