Changes for the Agricultural Land Reserve 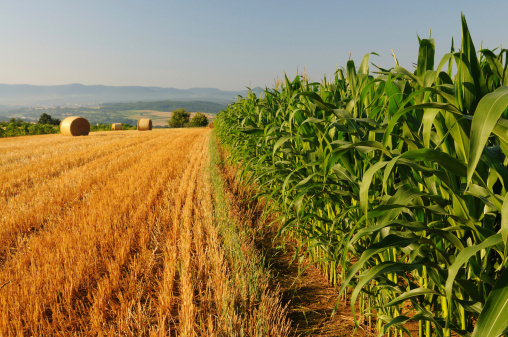 Are recent Changes to the Agricultural Land Reserve significant? For more than 40 years, roughly 5% of the land within British Columbia has been classified within the Agricultural Land Reserve (ALR), limiting the use of both privately and publicly owned parcels of land to primarily agricultural-related purposes.And now, for the first time since its inception in the early 1970’s, the ALR is getting a bit of a makeover.

The new legislation will split existing ALR-designated land into two zones, one of which will be designated to allow for more flexible land uses beyond what was traditionally permitted within the ALR. Here’s what you should know about the new legislation. 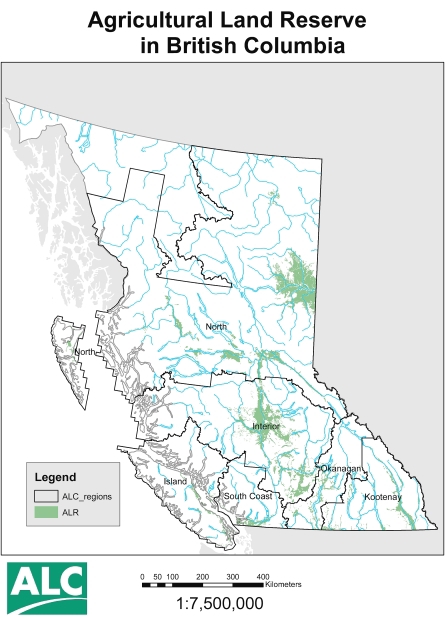 What is the ALR?

Back in the 1970’s, land in British Columbia that was suited towards agricultural use was being developed into urban and other non-agricultural uses at a very rapid rate. With the goal of protecting agricultural land, the provincial government designated more than 11.5 million acres of land within the province into the Agricultural Land Reserve.

Parcels of land within the ALR are subject to the Agricultural Land Commission Act, which encourages farming uses and discourages non-agricultural uses. The building of a single-family residence is usually permitted within ALR land, but further development of the land beyond agricultural and ‘agritourism’, is severely restricted.

If Your Property is Designated ALR

If your property is in the ALR—and there are maps that illustrate which properties are affected by the ALR—then your use of the land is limited to what is permitted under the Act.

Generally speaking, properties within the ALR tend to have a lower market value than an identical property that is not in the ALR. That’s because the ALR designation limits a property’s use and development potential.

ALR land is frequently found in rural areas, but you might be surprised to find ALR designated parcels in the middle of developed urban spaces.

Can a Property Be Removed from the ALR?

Technically…yes. A property can be removed from the ALR if you submit an application to the Agricultural Land Commission (ALC), and if the ALC approves it. That second “if” is a rather significant one—each case is completely unique, the ALC is typically not eager to remove the ALR designation and very little agriculturally productive land within the province has been removed.

What Does the New Legislation Mean?

The biggest change introduced by the new legislation is the creation of two zones within the province, namely the changes in the restrictions within Zone 2.

Zone 1 includes some of the province’s most developed land including the South Coast, Vancouver Island, and the Okanagan. This zone, which encompasses the areas within the province with the highest quality soils, will continue to enforce the original ALR restrictions.

Zone 2 consists of land parcels within Northern BC, the Kootenays, the Cariboo, and other parts of BC’s interior. These areas typically have poorer soil quality for agricultural purposes. Some parcels designated within the ALR in Zone 2 will now be permitted additional uses, including food processing, potential oil and gas development, and other non-agricultural activities that make economical sense. The changes in legislation mean that ALR land in these areas can now be used to generate income in ways beyond traditional agriculture.

Another change introduced by the legislation is the restructuring of the Agricultural Land Commission, the group in charge of overseeing the ALR.

Of course, the new legislation doesn’t come without a little controversy. Opponents from the New Democratic Party argued that the Liberal provincial government has ulterior motives. Leaked (and rather unflattering) e-mails between Bill Bennett and Pat Pimm, the ministers behind the ALR bill, hinted that the pair had plans to weaken the ALC. There was some turbulence surrounding Bill 24 when it was first introduced, but ultimately, the bill passed.

Some people are concerned that the changes will impact the province’s food security and affect farmland preservation. The reality is that much of the land designated within the ALR, particularly in Zone 2, is simply not suited towards food production. In theory, these parcels of land can now be used more productively.

What Does This Mean For Me?

If you have property within the ALR in Zone 2, the utility, or Highest and Best Use of your property might change. On a broad brush basis however, given our knowledge of property values and liquidity within Zone 2, this change to the ALR will likely not affect property values significantly on a gross basis. There will likely be some smaller properties that benefit, but overall the changes will be minimal. If you are curious to know whether your property has changed in value, please contact us.