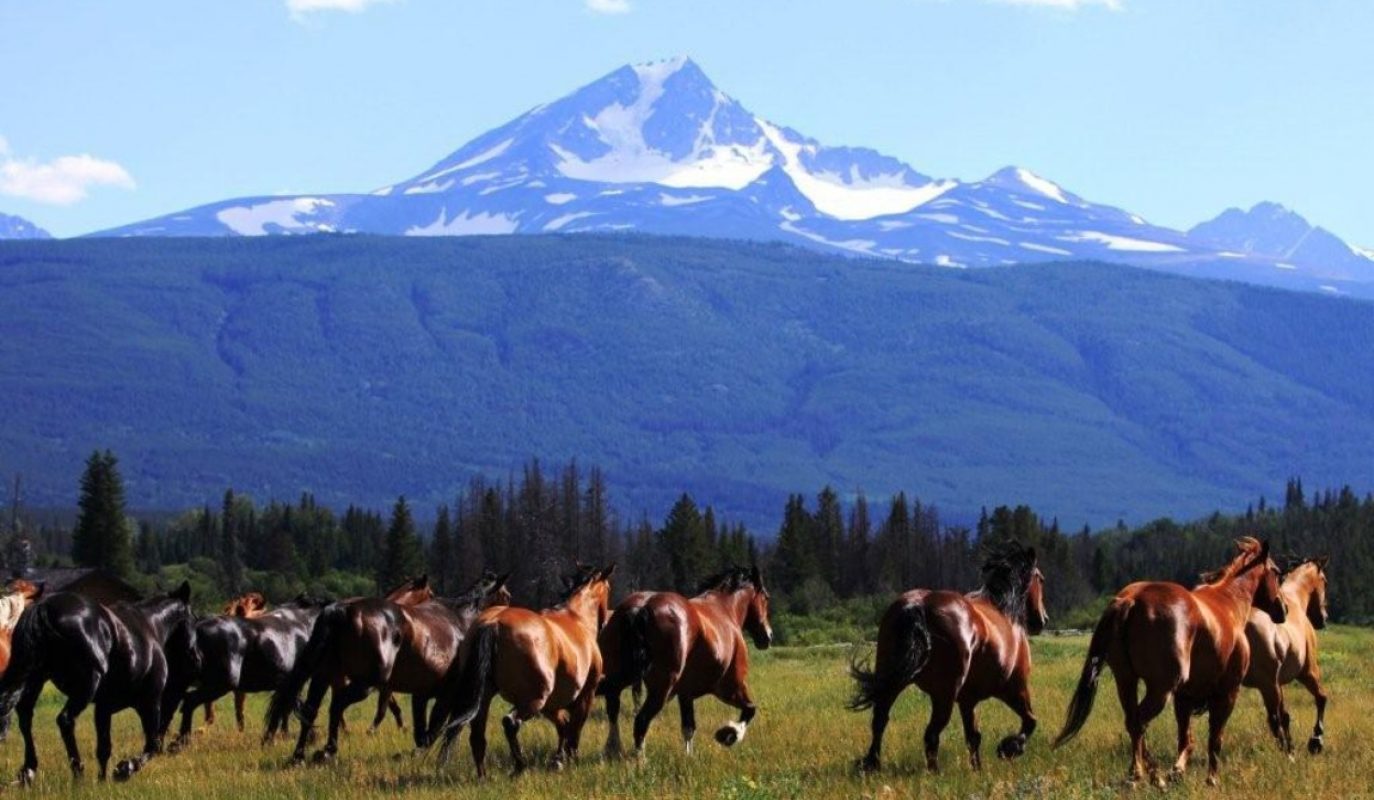 Elkin Creek Ranch SOLD February 16th via the Court Ordered Sale Process. It was a very interesting day in Court, thank you to everyone who participated, we are very excited for the new owners and the many years of enjoyment they have ahead of them. Please contact the new owners, Hendrik and Christine, via their website at Elkin Creek Ranch if you are interested in staying.

Originally built in the late 1970's, the Ranch has been well maintained over the years. The main lodge is used for entertaining and dining and includes a commercial kitchen, dining room, lounge, large open fireplace, games room, country bar, reading room and manager's suite.

The Ranch can provide accommodation for up to 44 guests in a variety of configurations. The majority of improvements are of log construction, with guests staying in one of the seven 2 bedroom cabins or a large 5-bedroom house (the Hill House). Further accommodation can be provided in a 3-bedroom house (the Creek House) that is currently used by the owners. Additional improvements consist of a hay barn, machine shop, sauna house and gym, stable and tack room, and a 4,000 foot grass airstrip. A ranch managers house and smaller home is also located on the Purjue Ranch.

Three diesel generators provide electricity on the Ranch, with water being provided by a large water reservoir and filtration system. All services are provided to the buildings underground, including propane. A significant amount of work has been completed in anticipation of constructing a Pelton wheel for a self-contained hydro generation system.

Approximately 300 acres of the Ranch are irrigated with a combination of wheel lines and flood irrigation. This produces one cut with approximately 450 and 850 lb bales. The Ranch can support up to 100 head of cattle.

The Ranch also has several water licenses on Elkin Creek, Vedan Lake, and other watercourses.

The Ranch previously ran an estimated 38 horses and 35 cow/calf pairs. Although it is no longer operating, it is fully equipped and furnished. An equipment list is available to qualified purchasers.

The property is zoned Resource Argicultural, Rural 1, and Tourist Commercial C-2. Included in the appendix is a Zoning Map and Zoning Outline.

Elkin Creek Guest Ranch is located approximately 2 hours southwest of Williams Lake by car, and is only a one-hour flight from Vancouver.

The Elkin Creek Guest Ranch is located in the Nemaiah Valley in Central British Columbia's Chilcotin region. The Chilcotin has an incredible history with a significant range of stories encompassing both First Nation and European settlers. Known for its vast expanses of rolling valleys and remarkable mountains, this is one of BC's most picturesque and remote areas. This region in British Columbia's interior surrounds the entire high elevation of the Chilcotin Plateau an area covered with a range of stunning geography, including rolling grasslands, spruce pine forests, wetland meadows, and dramatic mountains and numerous lakes. The hot grassland canyons along the Chilko and Fraser rivers are similar to much of the landscape found in the southwestern United States. Many bighorn sheep, cougar and deer thrive naturally in this region, and this is also a cattle ranching paradise.

The Chilcotin is a rugged country inhabited by people that share the same characteristics. The Elkin Creek Guest Ranch captures the BC and the Chilcotin experience like no other.