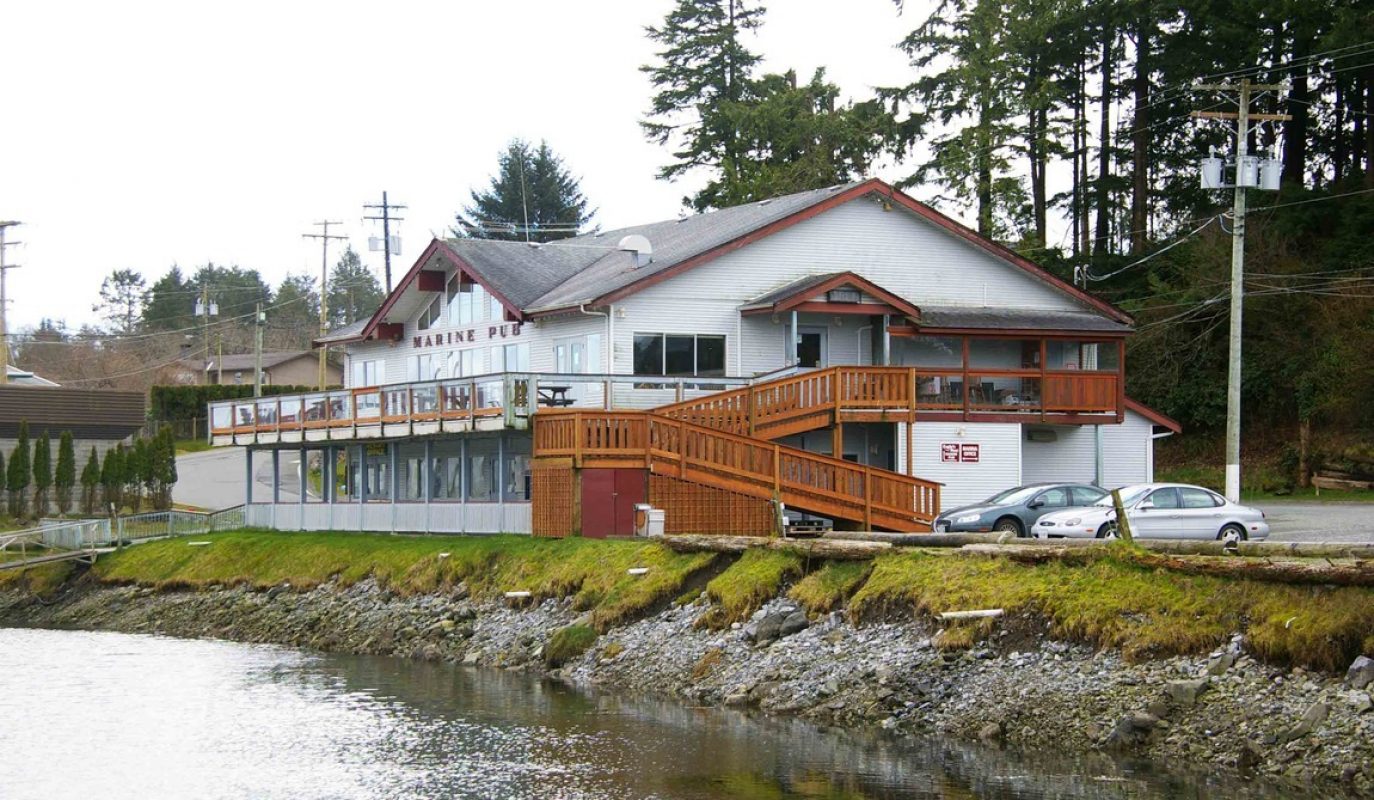 The Unique Properties Group is pleased to present the sale offering of the Island West Resort. Located directly on the waterfront in Ucluelet, this operation is well-positioned to be upgraded or redeveloped. The offering includes a 19-room motel, 39-pad RV camping site, 84-slip marina, restaurant (Eagle's Nest Pub), marine services shop and rental lodge, the current operations offer valuable holding income. This was a distressed sale completed on behalf of the lender/owner. r

The Island West Resort benefits from a convenient oceanfront location in a tourist community known for its multitude of recreational activities. Ucluelet is famous for salt-water sport fishing, hiking, kayaking, diving, and wildlife tours, among other outdoor activities, and benefits from its proximity to the Pacific Rim National Park Reserve, Tofino, and spectacular Barkley Sound.

Vancouver Island is the largest island on the west coast of North America and is separated from the British Columbia Mainland by the Strait of Georgia. The climatic influence of the Pacific Ocean tempers the typical freezing Canadian winter temperatures. Winters are mild with significant precipitation and summers are warm and dry. While the maritime influence on the Island's climate provides for mild winters and warm summers, there are a variety of region-specific climates ranging from semi-mediterranean in the Southeast to temperate rainforest on the Northern and Western coasts.

Natural resources and service industries still play a significant role in Vancouver Island's economy. Business services and the educational/knowledge-based sectors are dominant economic mainstays in Victoria and Nanaimo, the two largest cities on the island. Furthermore, Victoria is the seat of British Columbia's provincial government and the Capital City of the province. As such, Victoria's economy is stable, comprising a significant proportion of government employees. As a result of the spectacular natural scenic beauty of the Region, tourism is also very important on the island, providing a growing component of economic and job growth.

Located on the west coast of Vancouver Island is Ucluelet, a district municipality with a population of approximately 1,500. With an area of 6.55 square kilometres, Ucluelet is renowned for its beaches, hiking, camping, kayaking, whale watching, and many other outdoor attractions. Ucluelet is increasingly becoming a tourism-driven economy, and the community features a number of resorts, restaurants, and adventure tourism activity centres. Ucluelet is situated at the northwest corner of Barclay Sound, a world-renowned eco-tourism and recreational destination.

Ucluelet has been home to the Nuu-chah-nulth First Nations for over 4,000 years (in fact, Ucluelet is a Nuu-chah-nulth First Nation word meaning safe harbour or safe landing place). In 1870, the area was established as a trading post, as the sealing industry grew and fur sealers were drawn to the area. Over the next few decades, Ucluelet became known for its fishing industry, which continued to develop well into the twentieth century. Forestry and mining have also been historical economic drivers. Today, fishing and forestry remain vital parts of the economy, while the tourism industry has also grown.

The location and features of this property present tremendous opportunities for development into a quality resort. In 2006, the District of Ucluelet approved a development permit for 94 resort condominiums, 14 staff/affordable housing units, and over 6,000 square feet of commercial space. This permit has since expired, but indications are that the District continues to be open to new development on the property.

Located on the waterfront off of Peninsula Road in the inlet of Ucluelet, the Island West Resort is within walking distance to restaurants, galleries, whale watching tours, shops, etc. The property has frontage on Bay Street, Waterfront Drive, and Hemlock Street.

The property has three driveways (one off of each Bay Street, Hemlock Street, and Waterfront Drive). These driveways are accessible for both vehicles and pedestrians.

The property consists of four titles:

The property includes a water lot lease. Water leases (or foreshore leases) are typically used for commercial operations. The term of the lease expires in 2013. Assuming that proper stewardship is exhibited, a water lease can typically be extended upon expiry. A copy of the lease is available in the Information Memorandum.

The property is serviced with electricity, water, sanitary sewer, telephone and cable.

The subject property is zoned Tourist Commercial (CS-5 Zone). This zoning designation is for commercial tourist accommodation facilities outside the main commercial area in the District of Ucluelet.

Building and structure specifications include a maximum lot coverage of 40%, and a maximum floor area ratio of 0.70. A copy of the zoning bylaw is included in Appendix B.

Financial information is available to qualified purchasers upon request.

The Island West Resort currently operates as a marina and marine services shop, pub, motel, lodge, and RV park. The majority of the improvements on the property exhibit some level of functional and/or physical depreciation. Varying levels of updating is likely required.

The property is improved with an 84-slip marina with boat launch, offering slips for boats of various lengths. There is also a marina store, stocked with bait, tackle, ice, fishing licenses, laundry amenities, freezing facilities, charts, refreshments, etc. The marina does not presently offer long term moorage. Moorage rates vary between $28 and $41 per night, depending on length.

The property is improved with a 19-room, two-level motel. Rooms, available in single or double, include kitchenettes and cable TV. Motel rates range between $79 and $109 per night, depending on the season.

The two storey waterfront lodge was historically used to accommodate up to 16 people for group charter fishing. Presently, the building is being used as staff housing. The lodge consists of rental rooms, five bathrooms, a living room, kitchen, great room, and a storage room.