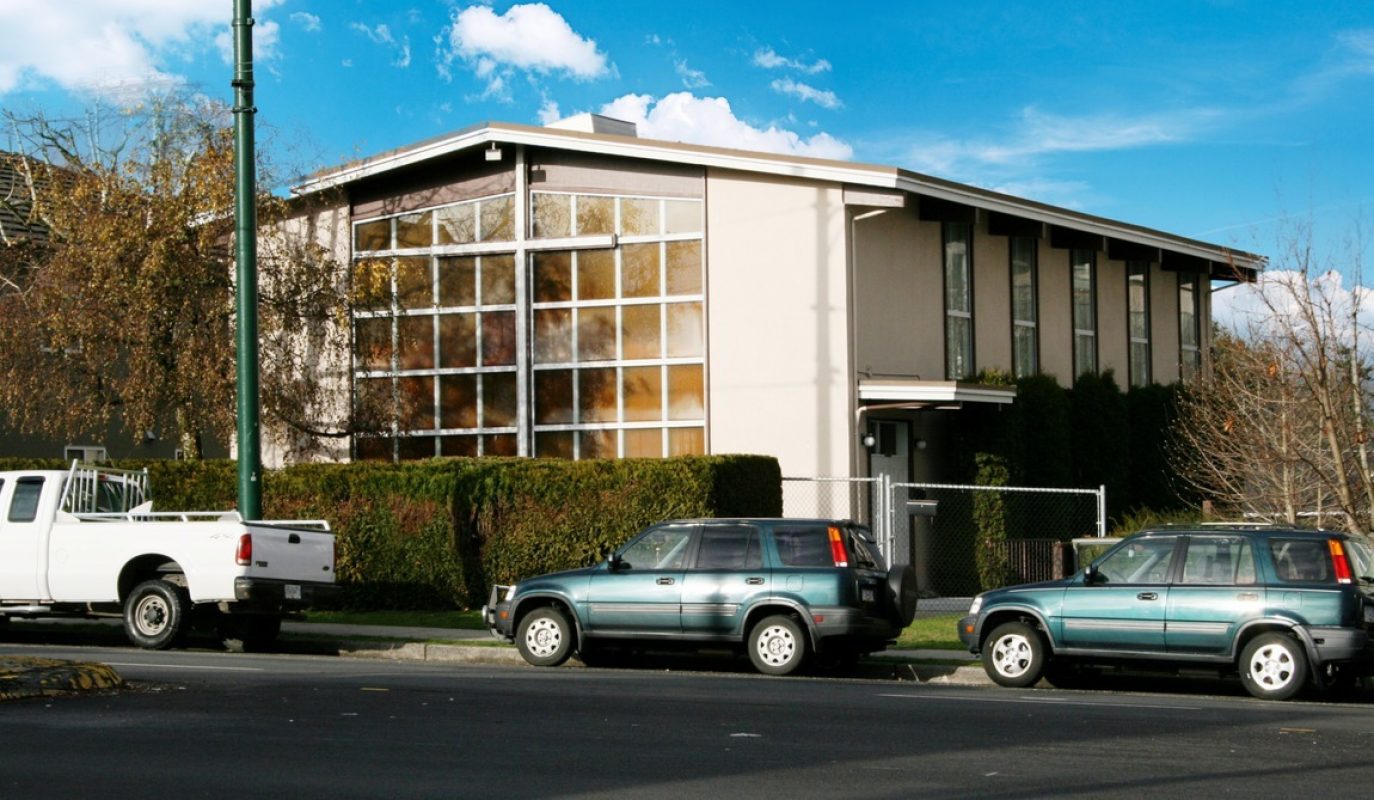 A 4,100 square foot 130 seat church centrally located near the intersection of East 41st Avenue and Victoria Drive in Vancouver. The 66 x 121 foot property consists of a single title with RS-1 zoning.

Initially constructed in the mid 1960's, the building provides for approximately 4,100 square feet on two levels. Overall, the property is in good condition, with the roof having been replaced within the last 10 years.

The main level of the building encompasses an entry foyer and the sanctuary, with seating for approximately 130. A small mezzanine level overlooks the sanctuary which can be used for additional seating, viewing, or storage.

The basement has a large central room, a kitchen, washrooms, and four small offices/meeting rooms. The basement is excellent for dining, food preparation, meetings, and more.

The building has a gas-fired boiler for hot water and hot water heating.

Located along the coast of the Pacific Ocean at the base of the coastal mountain range, Vancouver is consistently ranked as one of the most livable cities in the world. The city is renowned for its stunning scenery and outdoor recreational amenities. Vancouver has been called the â€˜city of neighbourhoods', demonstrating the city's character and ethnic mix and after Toronto, is the second most popular destination for immigrants in Canada.

The regional population has been growing by approximately 1.3 per cent annually in recent years; increases are expected to continue over the next decade, with the population reaching 3 million by 2030. While some suburban municipalities are growing more rapidly, the city of Vancouver continues to see healthy population growth.

Over the past quarter century, Vancouver's economy has experienced rapid structural change. Vancouver's defining economic role has evolved from a service centre for the Province's resource economy to a dynamic urban centre with strong, multi-faceted international connections that have strengthened dramatically with the rise of the economies of Asia Pacific. The economy is now highly diversified due to strengths in many new areas including significant clusters in knowledge-based sectors.

The 41st and Victoria neighbourhood in southeast Vancouver encompasses both commercial and residential development. The Victoria Drive corridor is known for its range of ethnic shops and services.

The property is a few lots over from the many amenities of Victoria Drive, including banks, pharmacies, bakeries, florists, and a variety of other shops and restaurants. Given the demographic mix of the neighbourhood, a variety of religious organizations will likely have members living within in the immediate area.

Parking is provided at the rear (north) of the building. The parking lot is completely fenced and gated and provides only a limited amount of parking for an estimated 8-10 vehicles.

The property is located on the north side of East 41st Avenue, just west of Victoria Street. Downtown Vancouver is less than 10 kilometres from the property, while both Richmond and Burnaby are easily accessible by either transit or private vehicle.

No taxes due to the church's charitable status.

The property is currently zoned RS-1, under the City of Vancouver Zoning Bylaw. The intent of this zoning district is to maintain the single-family residential character of the RS-1 District. It also permits a number of conditional uses, including a church. Under the Zoning Bylaw, a Floor Space Ratio of up to 0.6 may be permitted.

A copy of the RS-1 Zoning Bylaw is included in Appendix B.

The property is fully serviced.