The Paetzold Centre at Miracle Valley Mission, BC 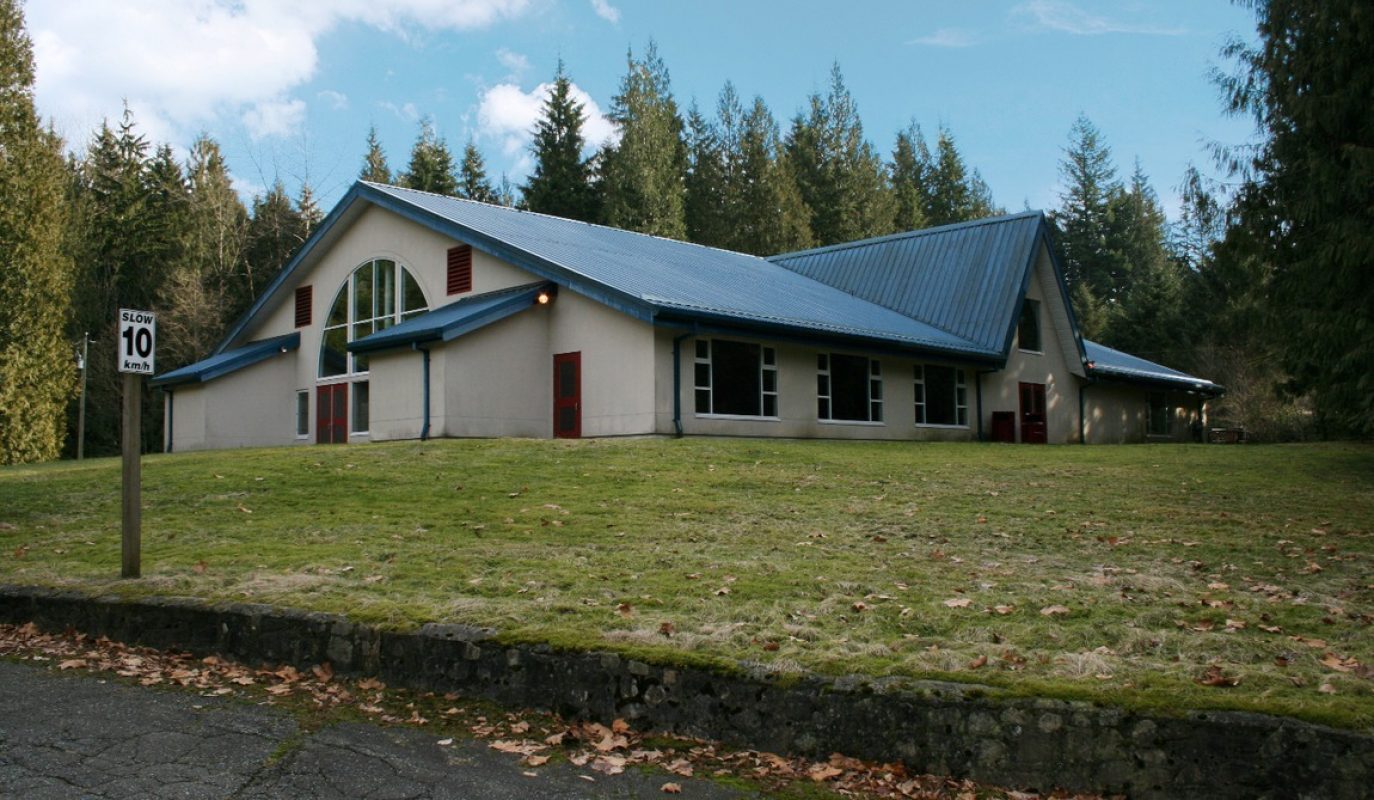 This former rehabilitation facility located in rural Mission, BC, is situated on 160 acres and is extensively improved with 11 buildings. Ideal for a retreat, training facility, summer camp or other institutional use it was acquired by Satnam Education Society of BC who now operate a Khalsa School at this location.

Although the property has historically been known as ‘Miracle Valley', the property has more recently operated as the Salvation Army's ‘Cordula and Gunter Paetzold Rehabilitation Centre', a men's drug and alcohol rehabilitation facility. Since the mid 1960's, the facility offered a three month rehabilitation program and has hosted thousands of clients. The Centre ceased operations in late 2010.

The Fraser Valley Regional District (FVRD) is situated east of the Greater Vancouver Regional District and consists of the eastern half of the Lower Mainland. The area is home to six municipalities and seven electoral areas, including Abbotsford, Chilliwack, Mission and Hope.

The Regional District runs along the Fraser River and features many natural amenities, ranging from expansive vistas to countless lakes. With a population of approximately 280,000, the FVRD covers approximately 3,301,800 acres, or 13,362 square kilometers. The area is host to many outdoor activities including fishing, hiking, boating, golfing and mountain biking, and also presents a variety of festivals including the Abbotsford Agrifair, the Chilliwack Exhibition, the Agassiz Corn Festival and the Mission Folk Music Festival.

Located on the north bank of the Fraser River, Mission has a population of approximately 35,000, making it the 23rd largest municipality in British Columbia. The District is characterized by a charming town centre and rural communities, each with their own distinct characteristics and histories. The area spreads over approximately 55,800 acres (226 square kilometres).

Originally known as Mission City, the town was officially founded in 1892 after much of the land in the city was auctioned off as a means of settling the area. At the time, the Mission Railway Bridge was the only crossing of the Fraser River in British Columbia's Lower Mainland and the commercial centre was one of the Fraser Valley's most important shopping districts. Attractions within the area today include the Fraser River Heritage Park (with gardens and a variety of historical landmarks), the 200 acre Westminster Abbey monastery, and the Hemlock Ski Resort. Mission is also home to three golf courses, several community parks and excellent sturgeon and salmon fishing.

The Paetzold Centre is located in rural Mission, approximately 15 kilometres north of Mission's town centre. The Miracle Valley community is situated at the southern end of Stave Lake and is a rural area characterized by large rural and forested holdings, estate properties and minimal development and infrastructure.

Access is available from Stave Lake Road, which runs along the west side of the property.

A phase 2 Environmental report is available to qualified purchasers upon request.

THE PROPERTY CONSISTS OF A TWO TITLES. THE LARGER 155 ACRE TITLE IS ENCUMBERED BY A RESTRICTIVE COVENANT THAT PERMITS THE REHABILITATION FACILITY USE WITHIN THE AGRICULTURAL LAND RESERVE. THE SMALLER OF THE TWO TITLES IS NOT ENCUMBERED BY THE COVENANT AND COULD BE UTILIZED AS A STAND-ALONE RURAL ESTATE LOT.

There are two zoning designations for The Paetzold Centre property. A portion of the larger title (approximately 97.5 acres) is zoned A-1 (Upland Agricultural), which permits a variety of uses, including general and intensive agricultural, residential, and several accessory uses (boarding, cottage, employee residential, etc.). Approximately 57.5 acres of the larger title is zoned ‘P-3 Lands' (Personal Care Institutional). This zoning permits uses such as residential, public medical facility and community care facility. The smaller title is also zoned P-3 Lands.

There is a restrictive covenant on the larger parcel, a copy of which is attached in Appendix D. This covenant restricts the P-3 portion of the larger title to the use of a men's alcohol and drug rehabilitation facility. Discussions with the planning department of the Fraser Valley Regional District indicate that they could consider supporting other uses for the property that fall within the P-3 Lands zoning.

The Official Community Plan for Electoral Area F of the Fraser Valley Regional District, which encompasses the Miracle Valley Centre Property, is presently being updated. The previous OCP designated the land as ‘Agricultural’. Discussions with the Regional District indicate that the draft for the new OCP also designate the land as ‘Agricultural'. It goes not appear that agricultural production would be an appropriate use of the land.

Municipal services in this area are limited to hydro power, and telephone and cable. Water is supplied by drilled wells on the property and sewer is provided by way of septic fields and settling pond. The facilities have three back-up generators, which provide power in the event of power failure.

Due to the charitable nature of its previous use, the property has been exempt from property taxes.

The Paetzold Centre at Miracle Valley includes various improvements that support the recent property use as a men's rehabilitation facility. With the exception of the reception building, the warehouse, the administration building and the chapel, all buildings were built in 1999. The majority of the improvements are in good condition.

The reception building is located towards the main entrance of the property and consists of two levels of space. The main floor has six offices, a reception area, storage and a washroom. The second floor offers five offices, a meeting room, a kitchen (with limited appliances) and a washroom on the second floor. The total size over both floors is approximately 4,602 (1) square feet. The two-storey wood-frame building is presently used for administration purposes and has an HVAC system.

The auditorium has a capacity of approximately 198 people over 3,150 square feet. The building is structural wood frame construction and consists of three separate areas: an atrium; the main auditorium, with an elevated stage; and a smaller room, formerly used as a computer area. There is also a projection room, mechanical room and bathrooms.

The 2,699 square foot administration building consists of a reception area, dispensary and drug storage area, two offices with sinks, an exam room with a sink, a staff area with a full kitchen, a full bathroom, a chaplain room, and filing and storage areas. The single storey building is of structural wood-frame construction and was built in 1965.

The chapel provides seating for roughly 200 in approximately 2,344 square feet of building area. The two-storey wood-frame building has exposed wood beams and was constructed in 1963.

Consisting of approximately 4,972 square feet, the two-storey wood frame ‘Intake Building’ was constructed in 1999. The first floor includes three large bedrooms, a living room with a cooking area, washrooms and an office. The second floor includes four large bedrooms, a den/office and washrooms. This building has some residential areas and larger meeting/recreation rooms in comparison to the main dormitories.

Comprising approximately 7,200 square feet, the large heated warehouse includes three 14-foot truck level loading doors. A portion of the area is partitioned off and is presently used for food storage. The structural steel-framed building was constructed in 1978.

There are four dormitories on The Paetzold Centre property, each consisting of a three storey wood-frame building. Three of the dormitories (Pine Lodge, Maple Lodge and Oak Lodge) consist of 24 single occupancy bedrooms each, over approximately 5,529 square feet; the fourth dormitory (Firs Lodge) consists of 72 bedrooms and a building area of approximately 15,051 square feet.

In addition to the individual bedrooms, each building includes communal living areas, an office, limited kitchens (with a sink and refrigerator) and communal bathrooms. Most rooms are furnished with a bed, a cupboard, a small bedside table and a desk.

The property features other improvements, including a beach volleyball court, a security trailer and security gate, a duck pond, footpaths, internal roadways, some fencing and parking lots. There is also an older building that was, at one time, an indoor pool and recreation building. This building has fallen into disrepair and is no longer suitable for occupancy. Until the closure of the facility last year, the only portion of this building that was used was the laundry facilities.