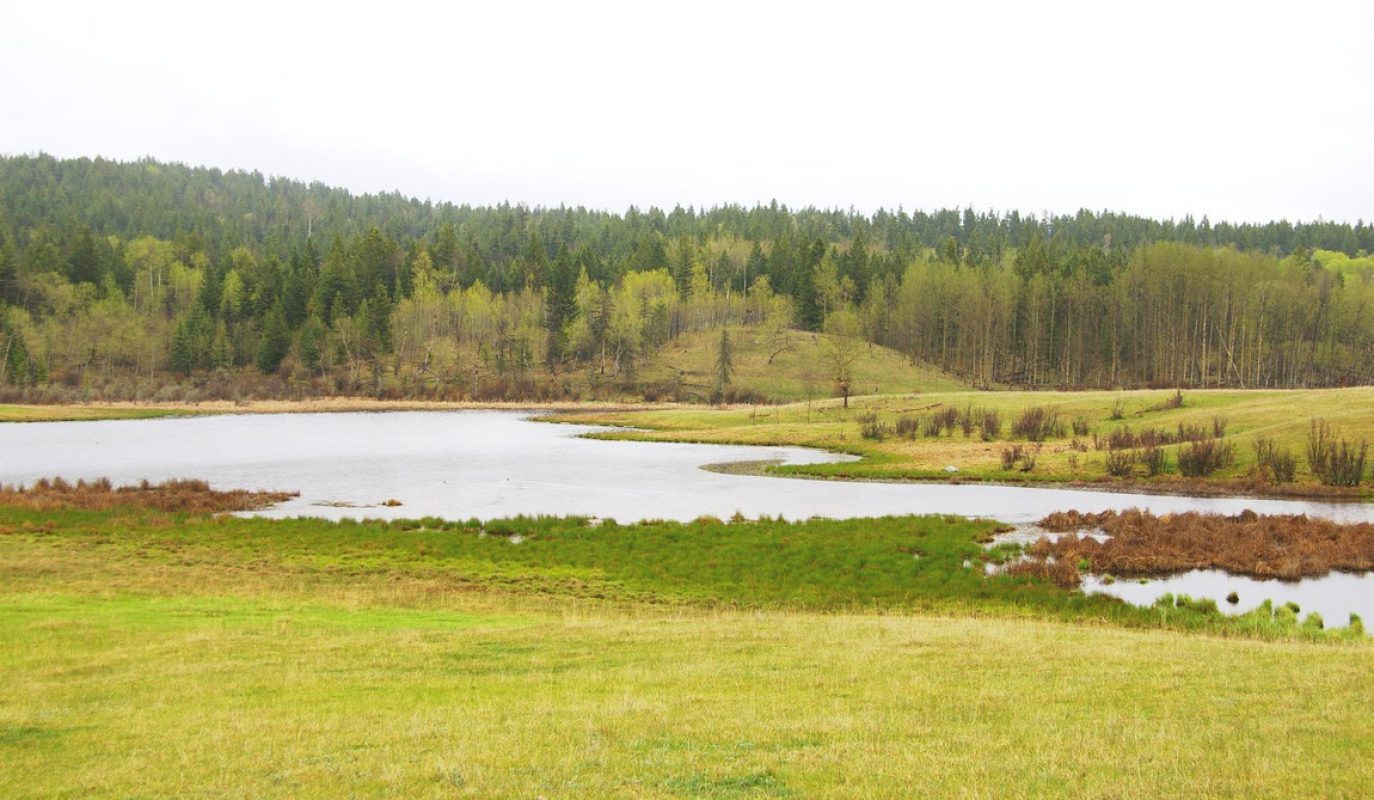 The 105 Mile Ranch consisted of 11,000 deeded acres over 68 titles, with a 400,000 acre grazing license. Close to 100 Mile House, 105 Ranch has historically supported 1,200 head of cattle. It was leased to Blue Goose Cattle who ultimately purchased the property.

Unique Properties is pleased to present the lease of the 105 Mile Ranch, an active and productive cattle ranch located in the heart of British Columbia's beautiful South Cariboo Region. The 105 Mile Ranch is characterized by its excellent grasslands, great accessibility and abundant wildlife. This exceptional range land is dotted with small lakes, and is only minutes away from the services and amenities of the nearby town of 100 Mile House.

The 105 Mile Ranch is located within British Columbia's beautiful Cariboo Region. The Cariboo Regional District is known for breathtaking landscapes, an abundance of recreational opportunities and a vibrant economy. The area was originally settled during the Gold Rush Era, which began in 1858, and was eventually incorporated in 1968.

Located in British Columbia's Central Interior, the Cariboo Region is a diverse area, bordered by the Cariboo and Columbia mountains to the east and the forested fjords of the central coast to the west. The Regional District covers an area of 80,262 square kilometres and is home to more than 60,000 residents. Major population centres in the area include Quesnel, Williams Lake, 100 Mile House and Lillooet. The economy in the area has historically been reliant on forestry, however significant projects have been completed in recent years to establish and strengthen other economic drivers. Notably, the region is experiencing a growth in tourism, attributable to the many recreational opportunities in the area including numerous great fishing lakes, ski hills and golf courses.

The District of 100 Mile House is situated in the southern portion of the Cariboo Regional District, in the Central Interior of British Columbia.

The main artery of the area, Highway 97, runs through the community of 100 Mile House and connects with Williams Lake to the North and Cache Creek to the South. The Ranch is bisected by Highway 97 approximately 5 miles north of 100 Mile House. It is easily accessible from Highway 97 via Spring Lake Road.

The generally temperate climate of British Columbia, varying from marine to continental, is determined by prevailing westerly winds, the warm Pacific Ocean, mountainous topography and the province's northerly location. The coastal region has abundant rainfall and mild temperatures associated with a marine climate, and enjoys Canada's longest frost-free periods. In the interior, the climate is continental in nature with the southern interior having the province's driest and warmest climate.

British Columbia has a rich variety of habitats, including forests, grasslands, meadows, wetlands, rivers and inter-tidal and sub-tidal zones. They support the greatest diversity of plants and mammals of any province in Canada.

The climate of the 100 Mile House area is generally dry, with warm summers and cold winters. Precipitations average 420 to 620 mm per year.

The 105 Mile Ranch owns 11,360 deeded acres. Bisected by Highway 97, these 68 titles are otherwise contiguous and are located at an elevation of around 3,100 feet. Although the Ranch is no longer irrigated, these pasture lands provide excellent spring and fall grazing. An irrigation program would greatly increase the Ranch's carrying capacity; however, access to sufficient water has recently been a challenge.

The grazing rights for the 105 Mile Ranch consist of approximately 400,000 acres of grazing land to the southwest of the deeded lands. These lands provide for 3,585 AUM or about 800 head of cattle.

The grazing license for the Ranch expires in December 2011 and will need to be renewed. The current operator was not intending to utilize the grazing license this year and as such took out a no-use permit for this season. A new operator would be required to submit their range use program to the Ministry in order to renew the license as a new operator.

Information regarding grazing licenses in British Columbia is available in our detailed information package, upon request.

The Ranch maintains four water licenses that provide for an estimated 160 acre feet of water (approximately 20 acre feet is designated for storage).

In addition to the zoning designations, the majority of the lands associated with this offering are located within a land designation known as the Agricultural Land Reserve, or ALR. Created in 1973, the Provincial Agricultural Land Commission (ALC) is an independent Provincial agency responsible for administering the Agricultural Land Reserve (ALR), which is a land use designation, intended to encourage agricultural use. The purpose of the ALC is to preserve agricultural land and encourage farm uses in collaboration with local landowners, local governments and the First Nations. ALR boundaries were set in the early 1970's and determined based upon the capability and suitability of land for agricultural use, uses at the time, local zoning and public input. Approximately 5% of BC's land base, the most agriculturally important, is located within the ALR.

The ALR covers approximately 4.7 million hectares of land within British Columbia, including both private and public lands and takes precedence over other land uses; as such, local and regional government bylaws are planned in accordance with this provincial policy.

Generally, land within the ALR is intended only for agricultural purposes. However, recreational and agri-tourism related businesses might be permitted on a conditional basis.