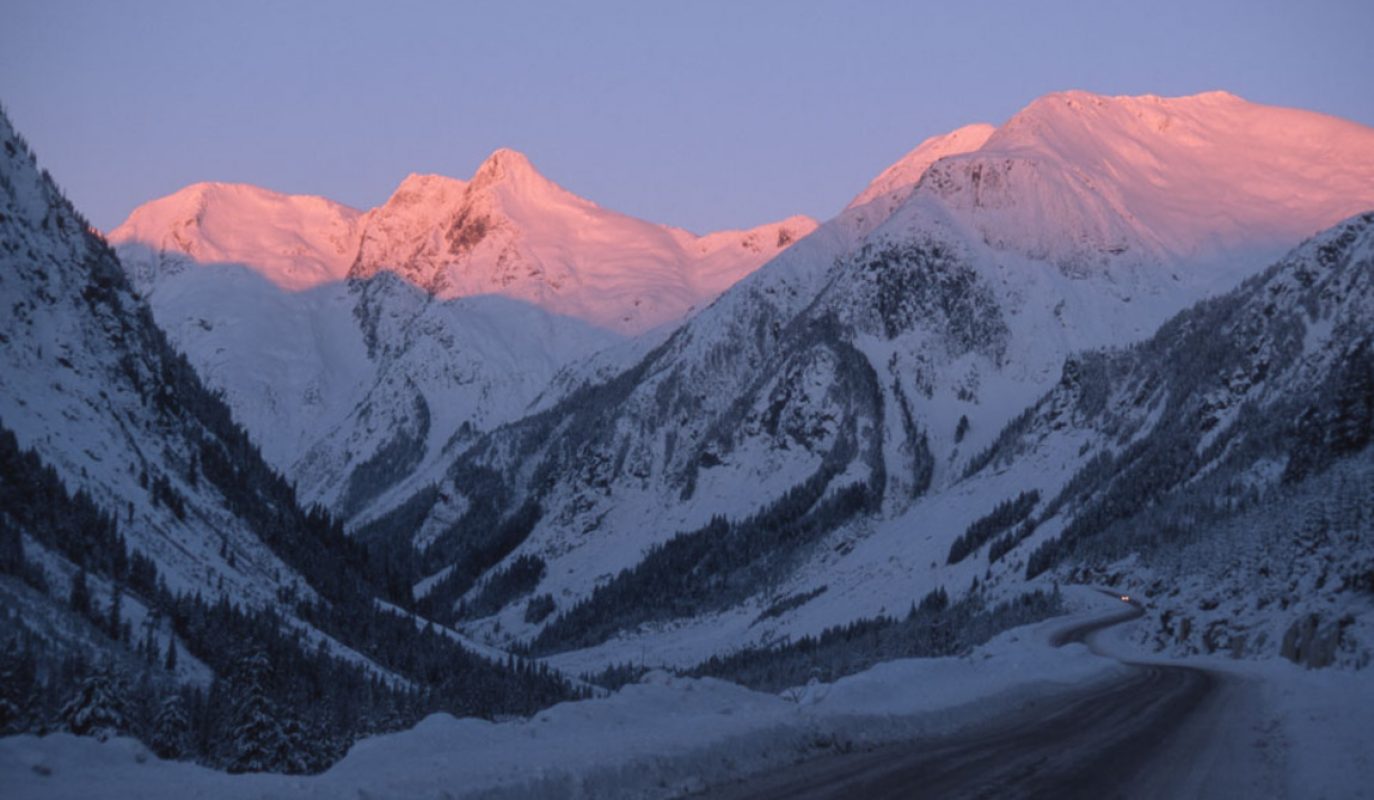 We are pleased to announce the sale of the entire alpine ski facility at Shames Mountain, near Terrace British Columbia. Shames Mountain offered year round recreation, with its primary function being skiing and snowboarding in the winter months and hiking in the summer months. Offering exceptional skiing and snowboarding for a variety of abilities, unparalleled views, and unmatched snowfall, Shames Mountain provides an intimate experience that is rarely found in Western Canada's larger ski resorts.

Shames Mountain represents one of the three ski hills the Unique Properties team has sold. The other two were Mt. Baldy and Ski Smithers.

Shames Mountain is situated within the Coast Mountains of northwestern British Columbia, approximately 35 kilometers west of Terrace, and approximately 137 kilometers east of Prince Rupert. The area is easily accessible by car, rail, or air, with a major highway and rail system running through Terrace and several airlines servicing a variety of regional communities and major city centers.

The weather at Shames Mountain is ideal for ski area operations; the winter temperatures are cold enough to assure powder, but not so cold as to be uncomfortable. Equally important, the site has virtually no wind. This absence of wind is caused by local geography, as Shames Valley is, in effect, a 'box canyon', which blocks outflow of fast moving air.

Snowfall at Shames Mountain is regarded as the greatest of any lift-served ski area in North America (according to ski industry groups Canada West Ski Areas Association and National Ski Areas Association USA). Shames base elevation is over 700 meters (2300 feet), and annual snowfall is over 12 meters (39 feet).

Shames Mountain ski area is currently open for its 19th winter season, and continues to offer guests an unmatched mountain experience, with excellent snow conditions and a variety of terrain. With a strong regional market and an outstanding reputation within the ski and snowboard community, Shames Mountain is an excellent opportunity to acquire an entire ski facility at a price that will allow a new owner to expand and improve the existing facilities.

Currently the ski area boundaries encompass approximately 144 acres of trails, accessible by the lift system of a double chair, a T-bar and a Handle Tow. Shames Mountain however, has an incredible opportunity to expand. It is only using a small percentage of its 8,730 acres of licensed land tenure. Expansion could include accessible backcountry terrain that is currently outside of the managed ski area boundaries. In fact, Shames Mountain is well known for the quality and accessibility of its backcountry terrain, which has been noted in several ski and snowboard publications. Ski Canada Magazine has reported Shames Mountain as one of Canada's best-kept secrets and top five places to ski out-of-bounds, while TransWorld Snowboarding Magazine claims â€œShames' backcountry overflows with opportunity. Expansion into these areas would increase the number of trails and skiable area of the mountain, and would help to develop Shames Mountain into a more significant destination ski resort.

The Regional District of Kitimat encompasses approximately 100,000 square kilometers and is populated by approximately 41,000 people. Terrace is the regional business center in the area, with major port cities at Prince Rupert and Kitimat.

Terrace is located approximately 64 kilometers north of Kitimat, 140 kilometers east of Prince Rupert and 210 kilometers west of Smithers. It is strategically placed at the geographic centre of northwest British Columbia and is the major hub for highway, rail and air transportation routes. As a result, Terrace is the location for many of the region's business, retail, medical and government services. Terrace also has an airport, which services flights to Vancouver, and other regional communities. Business opportunities in Terrace include transportation, mining, manufacturing, and forestry, among others. A recently growing population of 20,000 has seen the total value of construction hit an all-time high with 2007 construction values more than doubling those of 2006.

Terrace provides an abundance of recreational activities for all seasons. These include hiking, an 18-hole golf course, alpine skiing, snowmobiling, world-class fishing, a natural hot springs site and a variety of lakes and nature trails. The climate, recreational activities, business opportunities, low cost of living, and strategic location within the region, make Terrace an attractive place for a wide demographic of people and businesses.

Existing improvements consist of the ski lifts, a day lodge, a skills development centre, a rental and repair shop, a locker room and an extensive trail system. No overnight accommodation is currently provided on site.

Shames Mountain currently owns and operates one double chair, one T-bar and one handle tow. Installation of these lifts occurred during the inception of the ski area in 1990. These lifts provide for a total rated up-hill capacity of 2,365 passengers per hour. The double chair ascends from the base of the mountain with a total length of about 1,500 meters. The T-bar is approximately 600 meters in length and brings skiers to the peak of the mountain at an elevation of 1,189 meters (or 3,900 feet). The handle tow is approximately 80 meters in length providing access to beginner terrain, near the base of the mountain.

The day lodge is located at the base of the mountain and provides a variety services and eating areas. The day lodge is two stories in height and is approximately 6,400 square feet in area. The lower level contains the ticket office, customer service counter, restrooms, storage, first aid, and eating area. The upper level contains Panhandler Cafe and Galloway's Mountain Bar, both offering a variety of food and excellent views.

Shames Mountain offers alpine terrain for skiers and snowboarders of all levels of ability. The trail system currently consists of 28 designated trails, encompassing 141 acres of skiable terrain. The mountain provides an excellent mix of terrain for varying ability levels including: 60% intermediate; 21% novice; and, 19% advanced. The trail system is maintained by operation of the grooming equipment.

Terrace is the main transportation hub for the area and allows access by car, rail, air, and ferry. Terrace is located at the junction of Trans Canada Highway 16 (east/west), Highway 37 (north/south) and Nisga's Highway, which provides access to the Nass Valley. Rail service to the area is available from VIA Rail, which offers passenger trips west from Prince George and east from Prince Rupert, each three times weekly. Air transport is available from the Terrace airport to Vancouver International Airport from Hawk Air, Air Canada, Pacific Coastal Airlines and Central Mountain Air. Ferry transportation is also available to Prince Rupert, approximately 137 kilometers west of Terrace. BC Ferries provides service from Vancouver Island and the Queen Charlotte Islands, while Alaska Ferries offers service from the southeast part of Alaska.

Access to Shames Mountain is via road, 35 kilometers west of Terrace. Parking is available at two separate lots at the base of the mountain. A shuttle bus is also offered on the weekends, going from Terrace to the mountain at 8am and returning at 4pm. Four rental car agencies in the area offer a variety of rental cars.

In British Columbia, the Provincial Government owns large areas known as Crown Land. To encourage economic development, the Government confers the right to operate certain kinds of businesses on specified tracts of Crown Land to carefully selected companies. The legal right to use Crown Land for a specified commercial purpose is called Tenure.

Shames Mountain currently has tenure under a License of Occupation to utilize Crown Land for the purposes of constructing and operating an alpine skiing facility, and constructing, operating and maintaining the snowmaking equipment, ski trails and access routes. The current License of Occupation on this land currently extends to July 7, 2010; however, it is typical that such tenures are renewed on an ongoing basis (in keeping with the mandate of the Province of British Columbia to support and expand recreational skiing facilities). The current tenure area encompasses 8,730 acres with varied alpine terrain. Despite historical logging operations in the area, the License specifies that no timber or trees shall be removed, cut, or destroyed in compliance with the 'Forest Act' and then only to the extent necessary to develop the land in compliance with the Development Agreement.

Specific financial information is available to qualified purchasers upon request.

The area under the tenure of Shames Mountain is zoned â€˜Recreation'.

The Shames Mountain operation is governed by the Minister of Crown Lands under the Provincial Government and is under a lease of Crown Land, as described in the agreement dated July 7, 1990.