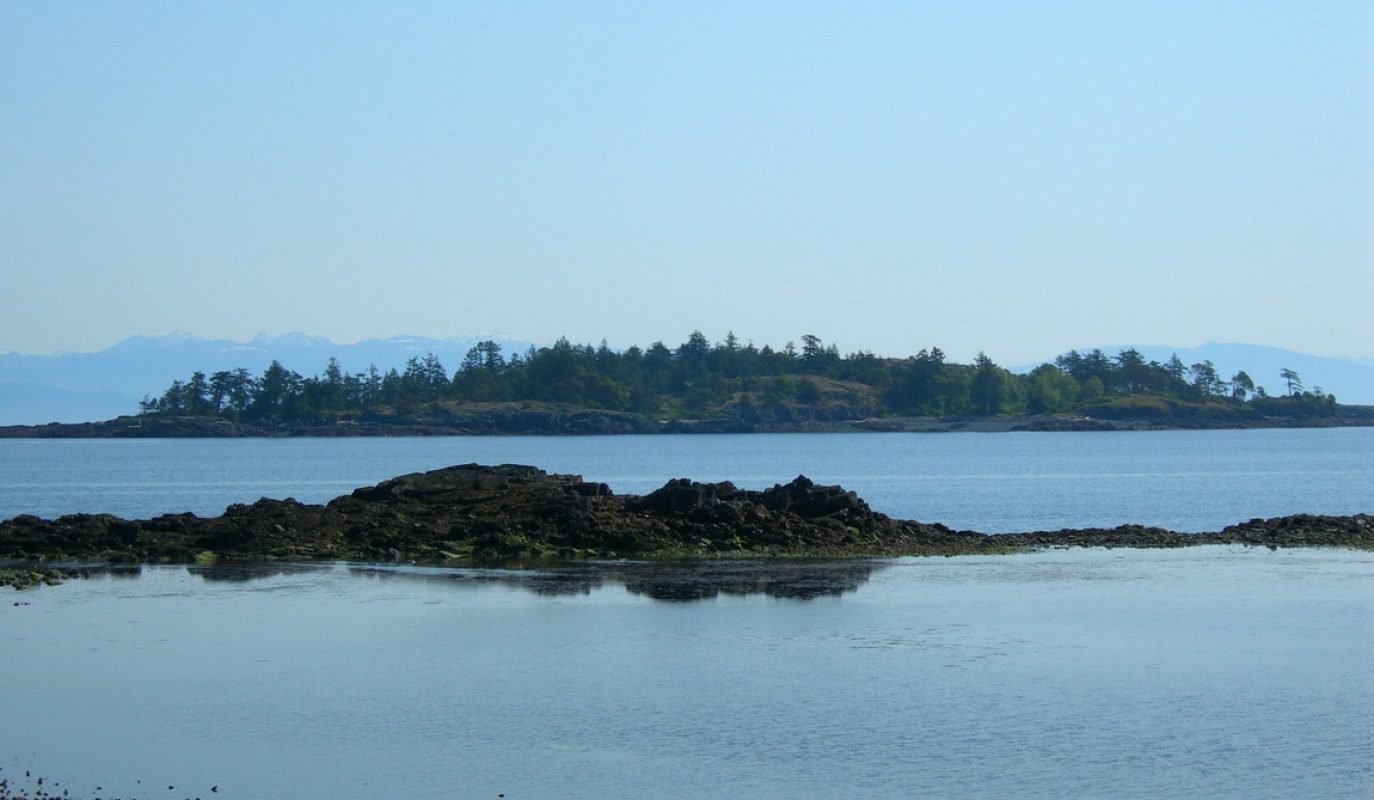 The Moorecroft Camp property is located near Nanoose Bay and featured nearly 2,900 feet of waterfront. With approximately 79 acres remaining in its natural forested state, this virtually pristine property offered many opportunities. It was ultimately purchased by a group that included the Nature Trust of BC and the Regional District of Nanaimo. This property was transacted as part of our mandate with the United Church of Canada and is now a popular Regional Park,

Operated as a camp for over half a century, this property was in pristine condition with minimal development.

With approximately 85 acres of land and nearly 2,900 feet of waterfront, this property offered phenomenal views east over the Strait of Georgia, easy access to Nanaimo, and a wide range of recreational amenities. Approximately 79 acres of the property remained in its natural forested state.

About the United Church BC Conference and Camp Future Project

The creation of The United Church of Canada was the first union of churches in the world to cross historical denominational lines and was internationally acclaimed. The creation of the Church arose out of a desire to better serve Canada's vast landscape and in the desire for a better overseas mission that builds on the legacy of these denominations.

The British Columbia Conference is responsible for organizational development and leadership support for the Church in BC. It is one of thirteen conferences across Canada.

The sale of Moorecroft Camp (among other camps) will help fund substantial renovations and upgrades to other existing United Church camps within the BC Conference. Camp Fircom and Camp Pringle have received major capital upgrading through what is called the Camp Future Project, a project with a goal to prepare a mission plan for the financially sustainable future of a quality camping ministry.

The Camp Future Project was established in March 2004; the final report was completed in the spring of 2006 and assessed the camping ministries and properties under the supervision of the BC Conference of The United Church of Canada.

The camping ministry would be mission oriented and integrated with the goals of healthy congregations, effective leadership and faithful public awareness;

A focus on excellence, characterized by high quality programs, facilities and operations;

The camping ministry would be accessible, physically, financially and geographically; and,

Sustainable, relying on human and organizational capacity and financial support over the long term.

Over the course of this multi-year project, numerous stakeholders, congregations and communities have provided input, which continue to guide the outcomes. At this point, BC Conference has invested over $15 million in camping as per the Camp Future Project.

In the sale of these properties, the Executive of the BC Conference of The United Church of Canada seeks the goal of getting fair value balanced with the desire to protect environmental values and public access.

Vancouver Island is the largest island on the west coast of North America and is separated from the British Columbia Mainland by the Strait of Georgia. The climatic influence of the Pacific Ocean tempers the typical freezing Canadian winter temperatures. Winters are mild with significant precipitation and summers are warm and dry. While the maritime influence on the Island's climate provides for mild winters and warm summers, there are a variety of region-specific climates ranging from semi-mediterranean in the Southeast to temperate rainforest on the Northern and Western coasts.

Natural resources and service industries play a significant role in Vancouver Island's economy. Business services and the educational/knowledge-based sectors are dominant economic mainstays in Victoria and Nanaimo, the two largest cities on the Island. Furthermore, Victoria is the seat of British Columbia's provincial government and the Capital City of the province. As such, Victoria's economy is stable, comprising a significant proportion of government employees. As a result of the spectacular natural scenic beauty of the Region, tourism is also very important on the island, providing a growing component of economic and job growth.

The Nanoose Peninsula is located approximately 25 kilometres north of downtown Nanaimo via the Island Highway (Nanaimo is roughly an hour and a half from Vancouver via ferry service). Easily accessible and situated between Nanaimo and the popular resort town of Parksville, Nanoose Bay offers numerous amenities, including: kayaking, fishing, boating, hiking, golfing, swimming and mountain biking. The area boasts numerous world-class facilities, including the Fairwinds Golf Club, one of the premiere golf courses in western Canada, as well as the Schooner Cove and Beachcomber Marinas.

Nanoose Bay is named after the local First Nations: roughly translated, the name means 'pushing forward' and refers to the shape of Nanoose Bay, a six kilometer-long bay formed by the peninsula of the same name.

Varied habitats of mudflats, marine spits, salt marshes, swamps and wetlands can all be found in this small area of Vancouver Island. The area is home to numerous bald eagles and heron colonies, two of the larger endangered bird species in the province.

Moorecroft Camp is located south of Dorcas Point on the Nanoose Peninsula, off Stewart Road, which runs adjacent to the property's southeast boundary. Access to Stewart Road is via Northwest Bay Road, which is the main vehicular route through the community. In addition, there is a road Right-of-Way off of Dorcas Point Road adjacent to the property's northwest boundary.

Much of the surrounding area is comprised of smaller residential or recreational waterfront properties, typically ranging in size between one and five acres. Primarily rural in character, many homes in the area are summer homes or second homes.

The property is comprised of two titles and a water lot lease, encompassing approximately 85 acres of land area and 4.23 acres of foreshore area.

The property includes a water lot lease. Water leases (or foreshore leases) are typically used for commercial operations. This purpose of this particular lease is for boat launching and swimming facilities. Given the tidal nature of the bay, an all-weather dock is not feasible. A copy of the lease is available upon request.

Originally developed at the beginning of the 20th century, Moorecroft Camp was used as an all girls camp until The United Church of Canada purchased the property in 1955. For several decades, The United Church of Canada ran the property as a summer camp, eventually expanding into a year-round camp for school groups, retreats, and other community groups. Development of the property over its history has been limited to include several small cabins, a banquet hall and other structures, which are primarily clustered around the tidal lagoon on the property's secluded coastline. In 1987, the swamp in the southeast area of the property was excavated, forming a small pond and an island. The property continues to be managed as a recreational camp, with rustic camping facilities, over three kilometres of walkways and forest trails, a sheltered bay for swimming and kayaking, a large playing field and a pond.

The property is serviced with hydro, telephone, and cable. Moorecroft is located within an RDN community water service and is presently connected. Sewage disposal is on-site, via five septic tank and field systems.

Land Use and Zoning

Given the historical use, environmentally sensitive areas, potential archaeological sites and high-value habitat areas, a comprehensive development plan would likely have to be incorporated into any further subdivision of the property as it is today. However, a conservation covenant will affect the future land use of this property, limiting its development potential. This convenant is discussed in detail below.

The water lot lease area, which encompasses the small tidal lagoon, is zoned Water 1 (WA-1Z). This designation allows for the development of a boat access ramp or aquacultural uses.

As a condition of the decision to sell Moorecroft Camp, the BC Conference of The United Church intends to create a conservation covenant to protect portions of the land and ecological values in perpetuity. The covenant is intended to be managed and maintained by the Nature Conservancy of Canada (NCC). In anticipation of the placement of a covenant, the Nature Conservancy of Canada prepared an Ecological Baseline Report that outlines the various components of the Moorecroft property with conservation value.

The covenant terms were prepared by the Nature Conservancy of Canada and propose two management zones for the Moorecroft property: a conservation zone (protected by covenant) and a development zone (no restrictions). A map of these areas is available.

Camp improvements and facilities consist of:

Generally, the improvements are over 50 years old and are low cost, wood-frame construction.