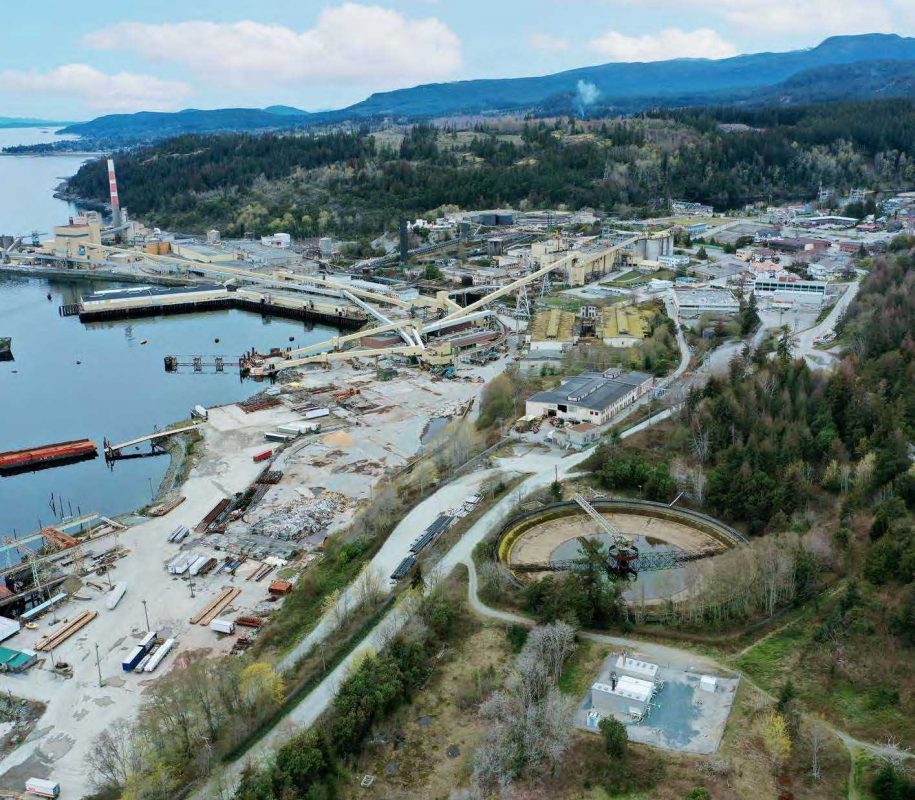 Colliers International is pleased to present the sale offering of Tis’kwat, the former Paper Excellence Mill located in Powell River on BC’s Sunshine Coast. Following over 100 years of operation, the Tis’kwat Mill was placed into indefinite curtailment in late 2021.

Situated directly on the waterfront, Tis’kwat represents an excellent opportunity for a large-scale industrial user to acquire a highly developable site with direct access to significant electricity and natural gas services, deep water access, and close proximity to major markets and employment.

Currently improved with infrastructure and improvements consistent with a large pulp mill operation, the site will likely require comprehensive re-development, however a significant level of existing improvements will add value and utility to a range of industrial users.

Originally called the Powell River Company, the Mill was the first newspaper mill in Western Canada and grew to become one of the world’s largest during the 1960’s under the ownership of then Macmillan Bloedel. Prior to the mill’s curtailment at the end of 2021, it was renamed Tis’kwat in recognition of the Tla’amin First Nation’s historical site use as a village.

Definitively a company town, Powell River’s infrastructure and economic structure has been largely tied to the mill throughout its history; however, this has changed in recent years as the community has continued to evolve and grow. Recently providing up to 360 full-time and 1,100 indirect jobs, the community will greatly benefit from the repurposing and revitalization of this significant asset.